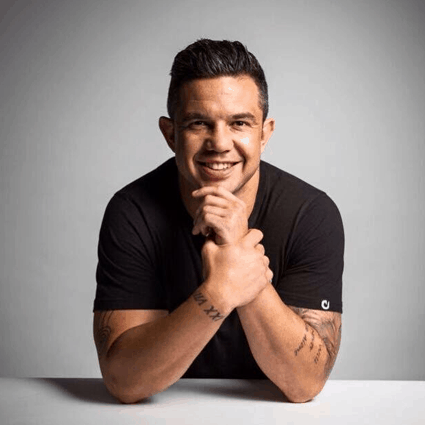 Joe Williams is a Wiradjuri/Wolgalu, First Nations man born in Cowra, NSW.  Having lived a 15 year span as a professional sports person, playing in the NRL for South Sydney Rabbitohs, Penrith Panthers and Canterbury Bulldogs before switching to professional Boxing in 2009. Although forging a successful professional sporting career, Joe battled the majority of his life with suicidal ideation and Bi-Polar Disorder. After a suicide attempt in 2012, he felt his purpose was to help people who struggle with mental illness through his foundation The Enemy Within.

Joe is an author having released his own autobiography titled Defying The Enemy Within in 2018 and in 2017 was named as finalist in the National Indigenous Human Rights Awards for his work with suicide prevention and fighting for equality for Australia’s First Nations people. Joe received the Wagga Citizen of the Year in 2015 for his work within the community, mental health and suicide prevention sectors and in 2018 received Suicide Prevention Australia’s highest honour, a LiFE Award for his dedication and work in community in the mental health and suicide prevention sector. More recently, Joe was named a dual winner of the Australian Mental Health Prize in Nov 2019.

Your cart is empty.